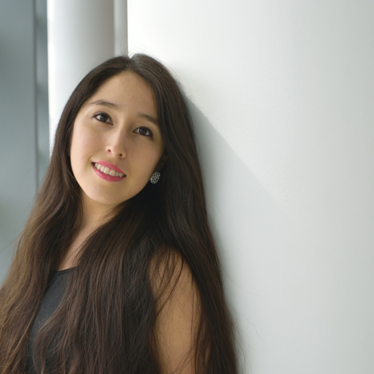 Priscila began her musical studies at the age of 9, at the National Conservatory of Peru with Professor Lydia Hung. She went on to graduate from Florida Gulf Coast University where she studied with Dr. Michael Baron and she is currently a doctoral student in piano performance and pedagogy at the Frost School of Music in Miami, where she also completed Masters and Artist Diploma degrees as a student of Santiago Rodriguez and Kevin Kenner.   Navarro performs with orchestras throughout the United States, Europe, Asia and South America. She has been awarded First prize at several international competitions, including the Liszt-Garritson International Competition in Baltimore, Maryland, Beethoven Sonata Competition in Tennessee, Chopin International Competition of Texas, Artist Series of Sarasota, Imola City Awards in Italy, and most recently the Heida Hermanns International Music Competition in Connecticut.

Priscila made her Carnegie Hall solo recital debut in 2013. She received a Special Bach prize at the International City of Vigo Competition in Spain, where she was one of five finalists from over 400 participating pianists, with a Jury presided by Martha Argerich.

She is passionate about contributing to the musical scene in her native country, where she regularly conducts masterclasses and workshops and recitals. Last year, she performed in several cities in Peru with violist Jodi Levitz, viola professor at the University of Miami.

Priscila has been on the jury at several competitions, most recently the Chopin International Competition for Latin American pianists, which she won in 2010.