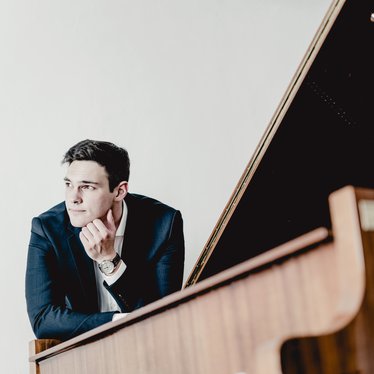 Maximilian Kromer Maximilian Kromer was born in Vienna in 1996 and started playing the piano at the age of 4, guided from an early age by Susanna Spaemann until 2010. He was then accepted at the University of Music and Performing Arts in Vienna as a junior student with Professor Noel Flores. Since 2013, Maximilian has studied in the class of Professor Martin Hughes and has received additional support from Leonid Brumberg, Alexei Kornienko and Anne Queffelec.

Maximilian is laureate of numerous national and international competitions, such as the International Brahms Competition in Pörtschach in Austria (2018), the 15th International Beethoven Competition in Vienna and the EMCY Competition ‘A Step Towards Mastery’ in St. Petersburg in 2015. He was successful at the International Jenö Takacs Competition prize and the International TV Music Competition "Nutcracker" in Moscow and in 2018 was awarded the renowned Casinos Austria Rising Star Award. Together with his chamber music partner, violinist Emmanuel Tjeknavorian, the duo received the Nordmetall-Ensemble-Prize in 2017 at the Mecklenburg-Vorpommern Music Festival in Germany, given every year to the most promising musicians of their concert series.

The Austrian pianist has also performed worldwide at prestigious festivals and venues such as the Yehudi Menuhin Festival, the Cartagena Festival in Columbia, the Festival de Paques in Aix-en-Provence, among many more. 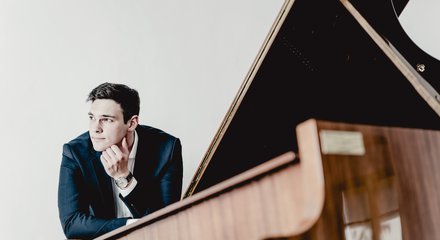