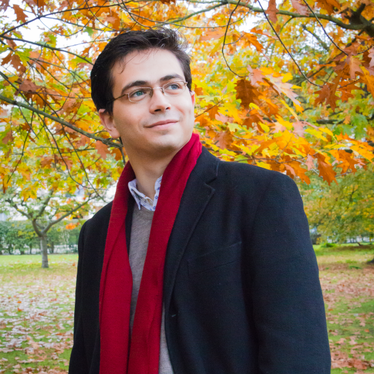 Born in Jerusalem in 1997, this year Ariel completes his studies as a full scholarship student at the Royal Academy of Music in London with Ian Fountain, having previously studied with the late Hamish Milne. Prior to this, he studied at the High School and Conservatory of the Jerusalem Academy of Music, first with Lea Agmon, later with Yuval Cohen. Whilst there, he also studied violin and composition. He has received extensive tuition from eminent artists such as Robert Levin, Murray Perahia, Imogen Cooper, Leif Ove Andsnes, Steven Osborne, and the late Leon Fleisher and Ivan Moravec. Awards include First Prize at the 2018 Grand Prix Animato Competition in Paris and 1st Prize in the Dudley International Piano Competition, as well as a finalist award at the Rubinstein Competition. He was also a prize-winner at the Young Classical Artists Trust (YCAT) International Auditions in 2021.

Ariel has performed widely in Europe in cities such as Paris, London, Rome, Prague and Brussels, and regularly appears in concerts broadcast live on Israeli radio and television, and on Radio France.

As a soloist he has appeared with the Israel Philharmonic Orchestra and at the Royal Academy of Music. An avid chamber musician, Ariel has collaborated with members of the Berliner Philharmoniker and Concertgebouw Amsterdam, as renowned musicians Maria João Pires and Torleif Thedéen.

Ariel has recorded music by Schubert for Linn Records (due for release in 2021) and given ‘online live’ recitals for the Vancouver Recital series in Canada and the Banco de la República in Colombia.